The top attractions of Skiathos

The top attractions of Skiathos

Around the middle of the 14th century, due to the constant pirate raids, the Skiathos were forced to leave the ancient city of Skiathos and establish their city in Kastro, a peninsula in the northern part of the island, which was a natural fortress.
To strengthen this natural fortress, they closed it with walls scattered with loopholes and cannons, which, mainly on land, were very strong and very high.

From its foundation until 1453 the Castle was ruled by the Byzantines, then until 1538 by the Venetians and until 1821 by the Turks. For a short time around 1660, the Castle again passed into the hands of the Venetians.

All these years the life of its inhabitants was very difficult and sometimes even martyrdom, since in addition to the constant raids of pirates and would-be conquerors, they also faced the problem of lack of space inside the fortress. Thus, the houses were small and built very close to each other. Nevertheless, in the Castle there were more than twenty churches, as well as a mosque without a minaret from the years of Ottoman rule, as well as the necessary water tanks, while the Cemetery was located outside the city.

From the moment the Castle was abandoned in 1830, with the founding of the Independent Greek State, it was left to its fate. Thus, today only four churches survive, a part of the wall with the gate, the spectacular terrace with the scalpel, the half-ruined mosque and some ruins of the Turkish administration. Two tanks and the cannon of Need are still preserved.

Certainly the Castle is the most remarkable location of Skiathos, as it combines the wild majestic natural beauty with the story told melancholy by the ruined remains, witnesses of other times.

It is worth visiting the house of the famous writer Alexandros Papadiamantis (who is honored on the island every year on January 2-3 and March 4) who was born and lived here.

This house is located about 100 meters through the east beach of the city, on a narrow street that is a dead end, we could say that it is a lane of today’s Papadiamanti Street.

It is bipedal, with an anogi and its origin. Its source is an averted space with a well in the middle. The attic consists of three rooms and a narrow entrance that leads to the three rooms.

On the left, as we enter is the winter room with its historic fireplace. There the great tenant of the house spent his dying moments.

On the fireplace there were two shelves with the cups and mugs of the house.

The smaller room to the right was originally papal. There Pope Adamantius, Alexander’s father, had his books and robes. Later, Alexander took it and made it his office and bedroom. It was a proper monastery cell with a window, a recessed cupboard on the wall and its narrow bed. Just opposite the entrance is the hall of the house with the unique luxury of a colored rhombus on the ceiling. The house is a generally simple, austere and unpretentious island house. Today the old entrance of the house that was on the West side is now closed. The entrance of the house has been moved to the East side, where guests ascend the house-museum by an external wooden staircase.

Bourtzi, the small verdant island with the ruins of a Venetian fortress and the neoclassical buildings of the old school that house the Cultural Center of Skiathos. This small peninsula, which divides the port of Skiathos in two, was formerly a fortress founded by the Gizi brothers, who occupied Skiathos in 1207. It was walled with ramparts and loopholes but was destroyed in 1660 when Venetian Admiral Francis Morosini occupied the island. Today, Bourtzi is a beautiful pine-covered recreation area with magnificent sea views.

If you want to have a religious experience during your vacation, then do not hesitate to visit the monasteries of the island. Closely connected with the history of Skiathos, the popular faith and the celebrations of the locals.

Monastery of the Ascension of the Virgin Mary – Evangelistria

It is located on the northern side of the island on the side of Agaliannos. It is an active monastery that includes a museum with musical instruments.

It is located on the west side of the island. The legend wants a monk to have found the image of the Virgin Mary hanging on a tree and from this place the name “Kounistra” was given to the monastery. Do not neglect your attire before entering the monasteries, as a discreet garment is necessary. This translates into long skirts for women and long pants for men.

An emblematic building with a long history in Skiathos. Two young girls-scientists. A concept that not only highlights the rich cultural and architectural tradition of this beautiful and historic place, but aspires to tell the stories of people of 5 generations, in an experiential and direct way, to those who wish to hear them.

Through this trip offered by the “Skiathos House”, a mansion dating back to 1910, you will meet the people who lived there, with interesting stories of the past and through the eyes and memories of Marena and Fotini Manesi , of the two brothers who took the initiative and turned it into an open house.

The idea of this original and special concept was based on the quote “Tradition is not the preservation of ashes… but the transfer of flame!” , a flame that the younger generation wants to keep alive through this historic house that for the Manesi sisters is a “vessel of life”. 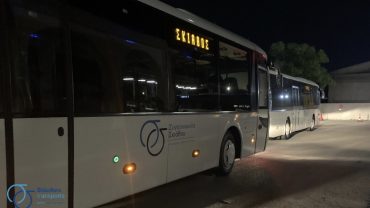 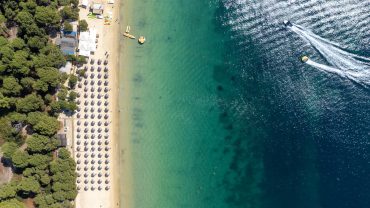 Skiathos, gifted by nature, has many beaches, some particularly popular, some more hidden and many of unparalleled beauty.

Useful information for the passengers

Share with Dear passengers,  let us give warm thanks to you for your trust, within the first months of “Skiathos Transports” operation. Your positive feedback and “vote of confidence” give us extra boost to continue smoothly our work with reliability, safety and by routing new modern fleet. For best service, we inform you that: Six […]

We use cookies on our website to give you the most relevant experience by remembering your preferences and repeat visits. By clicking “Accept All”, you consent to the use of ALL the cookies. However, you may visit "Cookie Settings" to provide a controlled consent.
Cookie SettingsAccept All
Manage consent

This website uses cookies to improve your experience while you navigate through the website. Out of these, the cookies that are categorized as necessary are stored on your browser as they are essential for the working of basic functionalities of the website. We also use third-party cookies that help us analyze and understand how you use this website. These cookies will be stored in your browser only with your consent. You also have the option to opt-out of these cookies. But opting out of some of these cookies may affect your browsing experience.
SAVE & ACCEPT